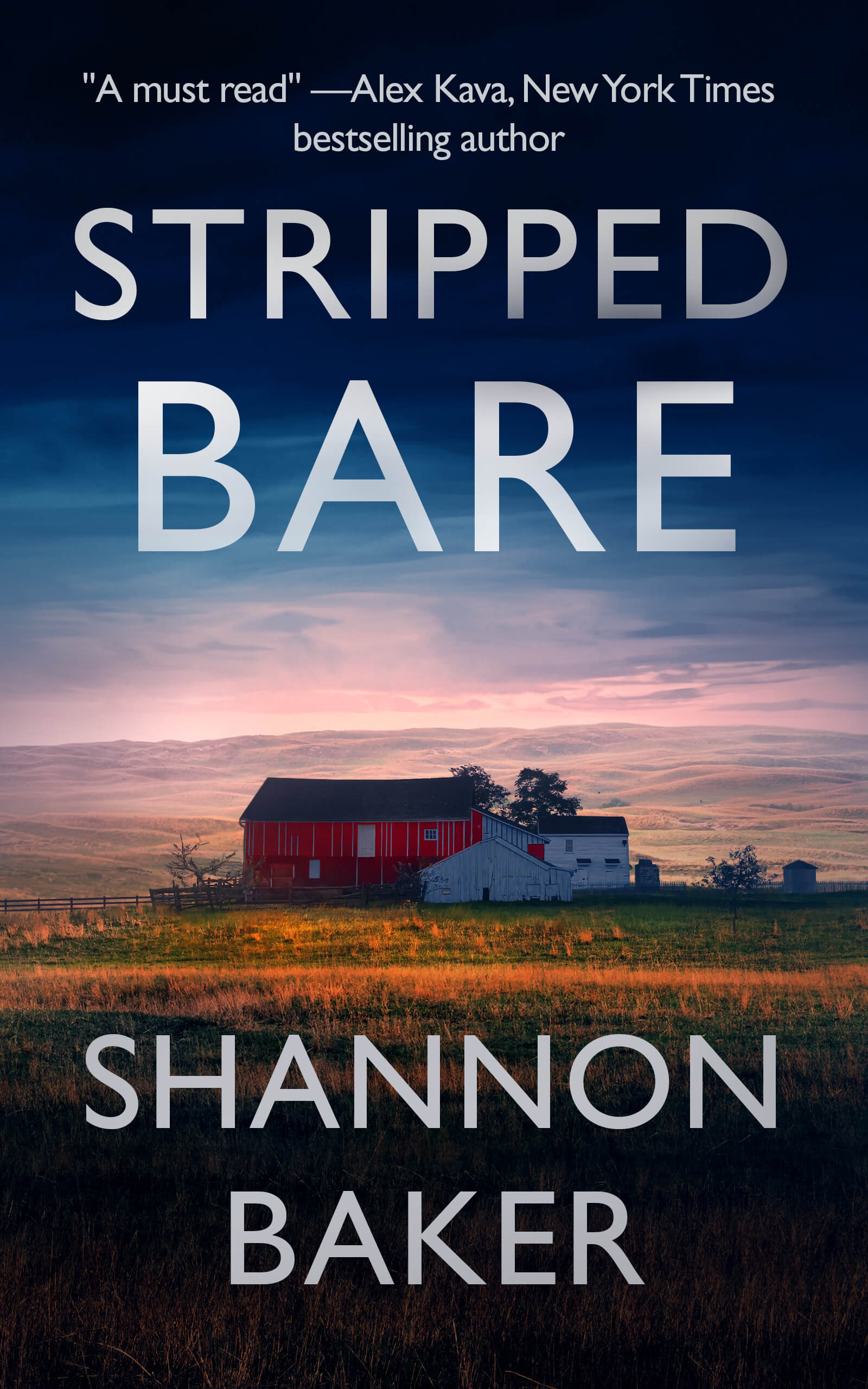 In this riveting novel from award-winning author Shannon Baker, a Nebraska county sheriff’s wife investigates a murder—and her husband is the prime suspect.

When Kate Fox receives a late-night phone call, her seemingly perfect life on the Nebraska prairie shatters in an instant.

Eldon, shirt-tail relative and owner of one of the largest cattle ranches in Grand County, has been killed.

Kate's husband, Ted, the Grand County Sheriff, has been shot and may never walk again.

And worst of all, Ted is the prime suspect in Eldon’s murder.

Desperate to clear Ted's name, Kate throws herself headlong into the hunt for the real killer.

When Kate finds herself the victim of several mysterious “accidents” she knows she’s running out of time. If she doesn’t find out who killed Eldon soon, she—or someone else in town—may be the next to turn up dead.

But a shocking confession throws everything into doubt, and as Kate keeps digging she unearths unfathomable secrets—the kind worth killing for.

"With Stripped Bare, Shannon Baker offers readers a protagonist and a place they will love coming back to visit book after book." —William Kent Krueger, New York Time bestselling author

"...a compulsive, white-knuckle read peppered with interesting characters, a stunning setting, and a mystery that will keep you turning the pages late into the night." —Linda Castillo, New York Times and USA Today bestselling author

"Move over Longmire—there's a new detective in town—and you're going to love her!" —Hank Phillippi Ryan, USA Today bestselling author

"...a terrific, fast-moving story with a savvy main character at the helm." —Suspense Magazine

"A wonderful western mystery not to be missed! Enjoy!" —Fresh Fiction

"Baker serves up a ballsy heroine, a colorful backdrop, and a surprising ending." —Kirkus Reviews